This Pumpkin Chiffon Tart is a lighter version of the traditional Pumpkin Pie. It's the perfect dessert to end a big holiday feast whether it is Thanksgiving or Christmas. It's a great dessert for our gluten-free friends too! Serve topped with cinnamon whipped cream or, go for it, with a scoop of vanilla ice cream. 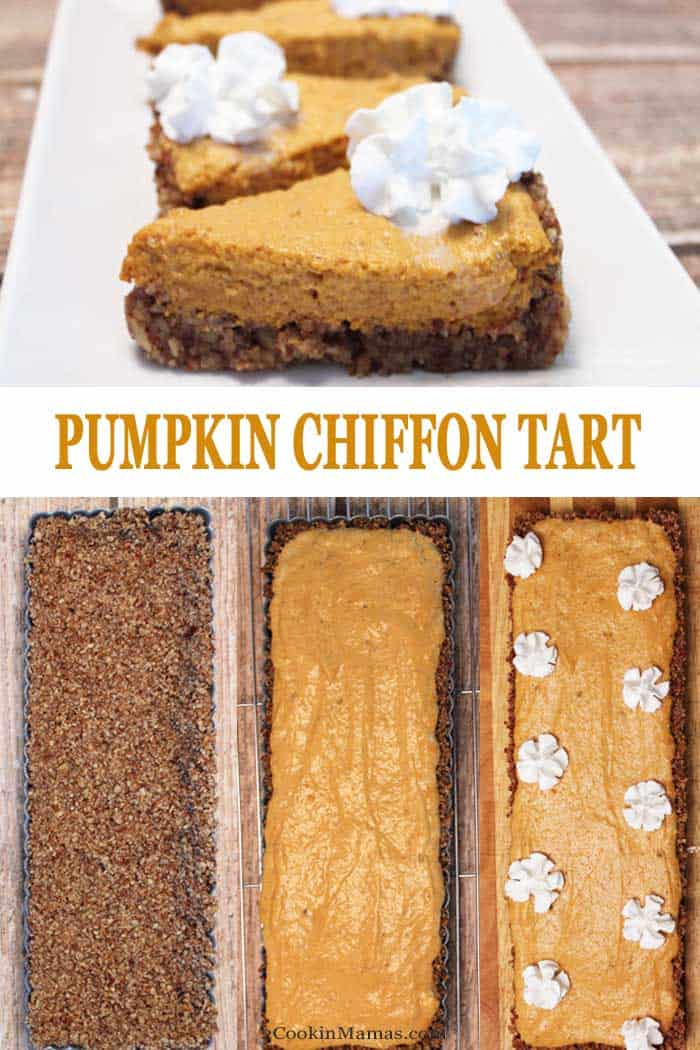 I am so excited that the holiday season is finally here! I consider once Halloween is over the Thanksgiving-Christmas celebration can begin in earnest. It is also my favorite time of year and this year my daughter is coming into town for Thanksgiving which gives me even more reason to love the season.

Light & airy with pumpkin flavor, perfect for a holiday dessert!

If you read our blog regularly you will know that my daughter is gluten-free so I had to start to put together a menu for the big day that everyone could eat and enjoy. Today's recipe is a lightened up, gluten-free version of one of our family's favorite treats, Pumpkin Pie.

I made this lighter version so that, even after the big meal, everyone could still squeeze in a piece of dessert. It has all the same delicious flavors we all love just in a slightly different package. 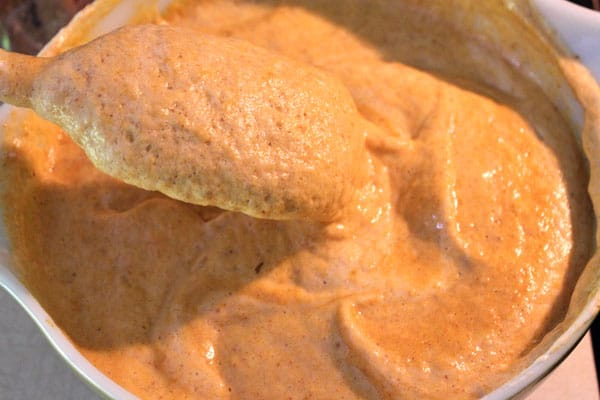 I mean, just look at that beautiful pumpkin after the beaten egg whites have been added. Doesn't that just make you want to take a bite? All the cooking is done before it goes into the crust so no extra baking is necessary. 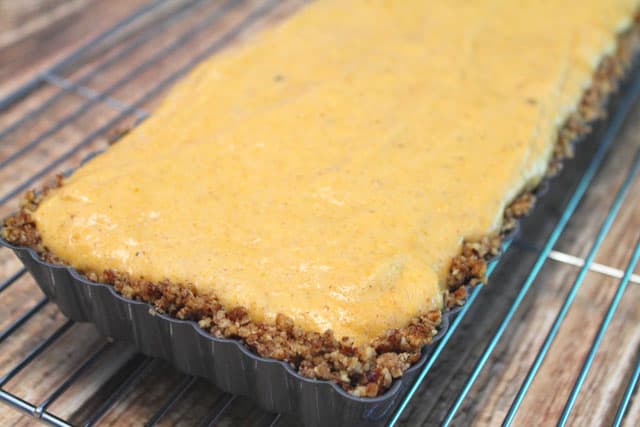 And speaking of the crust, just look at that crunchy goodness under all that pumpkin chiffon! I made mine out of pecans but almost any nut can be used. 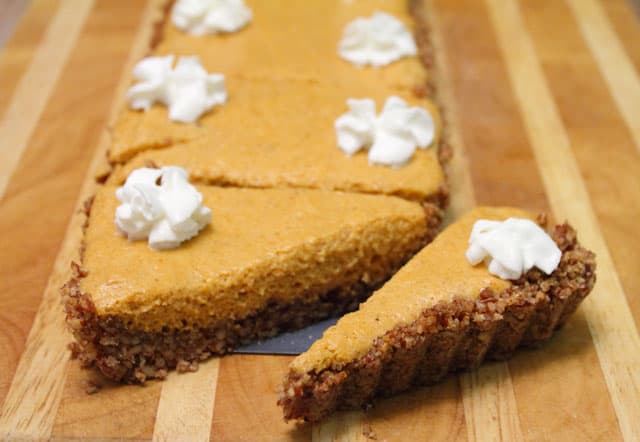 I bought a new tart pan, that I had been dying to get, just for this recipe and wished I'd had it a few weeks ago when I made my Chocolate Cherry Tart. It worked out just perfect although I did have extra pumpkin chiffon left over so I just added it to another dish and ate it like a pudding.

You could also use the pumpkin mixture in a trifle and layer it with cinnamon whipped cream and crushed ginger snaps. Wow! Two desserts instead of one! 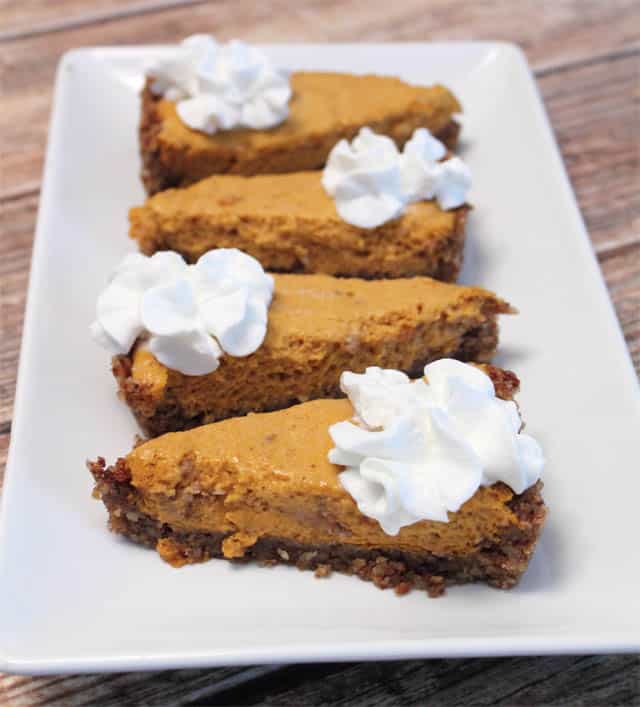 Just before you are ready to serve, make the whipped cream. I like to cut the tart into regular pie-shaped pieces so I just calculate where the cuts will be and place a dollop of whipped cream on each piece. Doesn't that look scrumptious?! 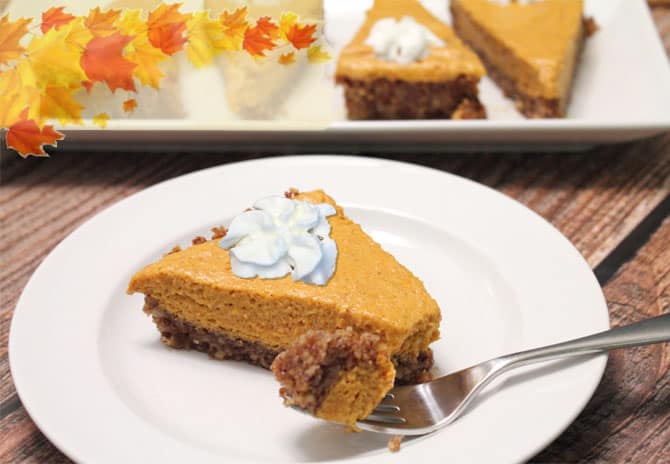 Your guests will thank you for the lighter than air dessert but, watch out, they may come back for seconds! Enjoy!

Try my Pumpkin Streusel Bread with maple and pecans to enjoy for breakfast or a snack.

You can also make this in a springform pan. If using this type of pan, all the filling will fit.

This post has been updated and was first published on November 11, 2015. 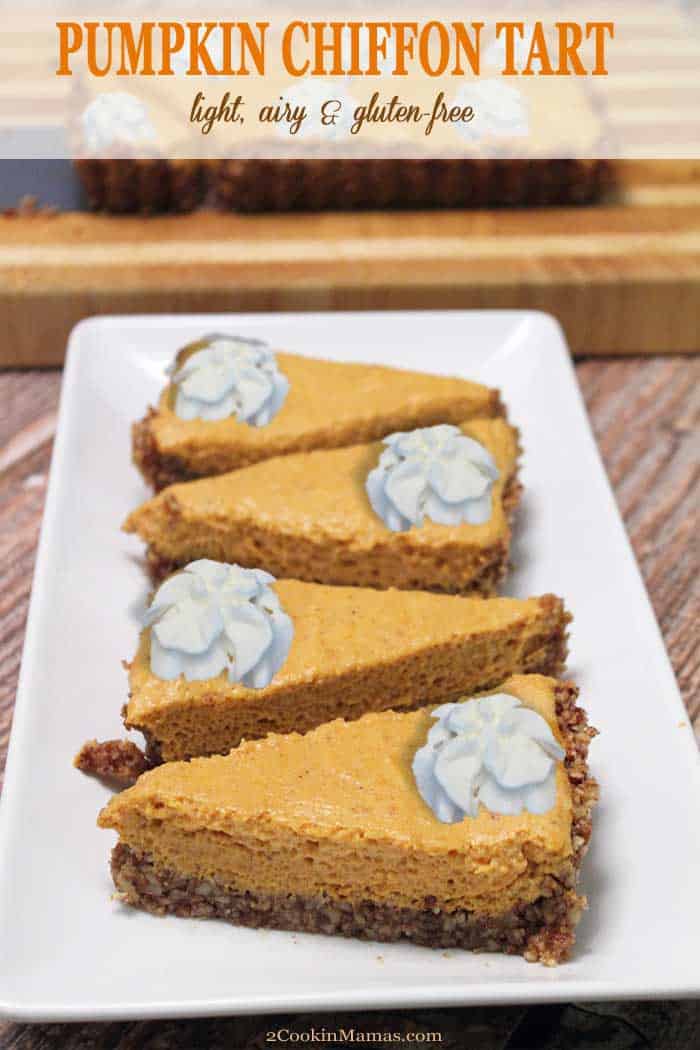 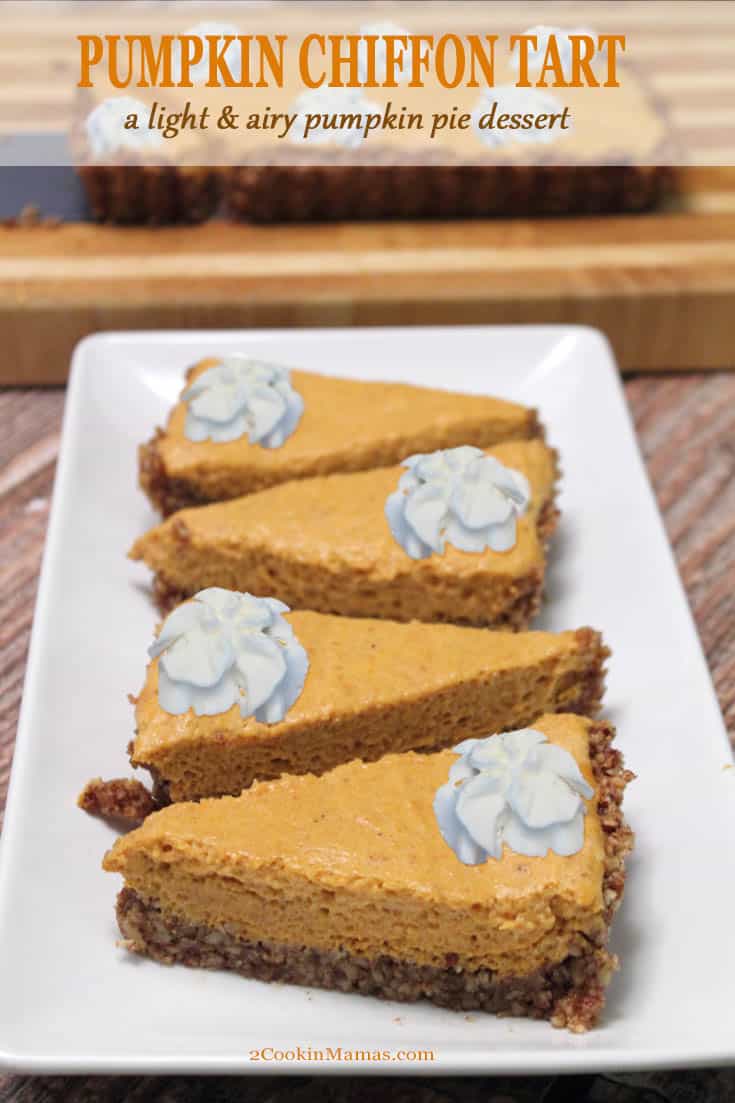