Cheers to fall with our Apple Cider Float Cocktail! A delicious combination of apple cider, a dash of cinnamon, some chilled champagne and topped off with a scoop of vanilla ice cream. It's like a decadent for-adults-only ice cream float! 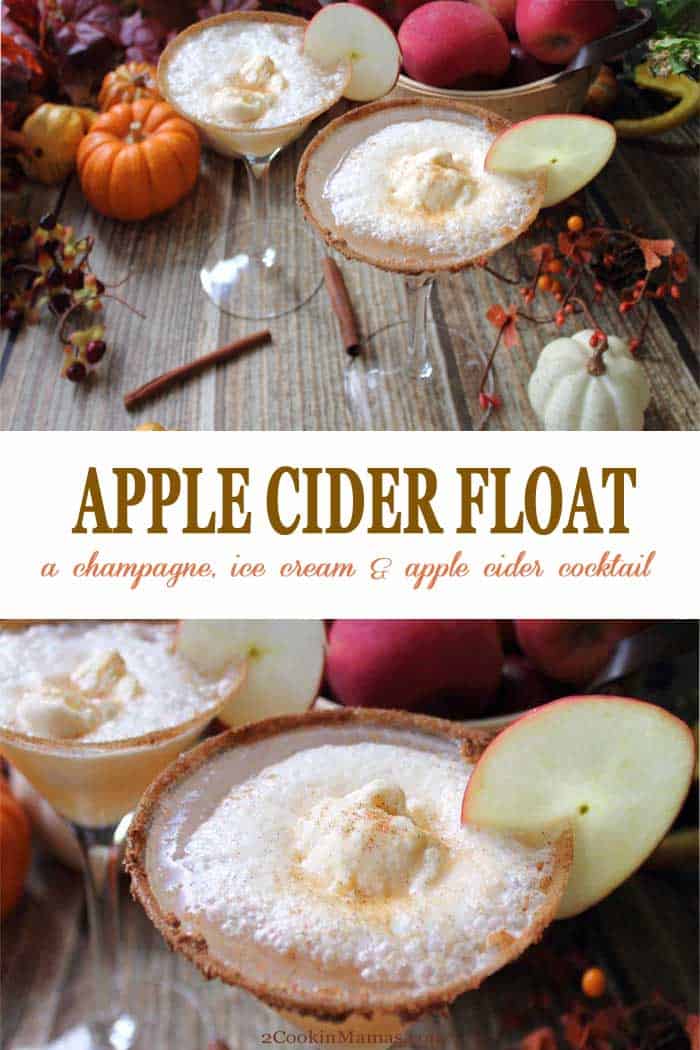 It's about time for one of 2 Cookin Mamas seasonal cocktails. And this one brings all the flavors that you associate with fall's cool weather and delicious crispy apples to the table. Or should I say "to the glass". 🙂 It's an  Apple Cider Float Cocktail!

This Apple Cider Cocktail is like the adult version of an ice cream soda!

What???? Yep, you heard me right. It's a fizzy, as in champagne not soda, apple cider drink, with a kick of cinnamon and a creamy cool scoop of vanilla ice cream on top. Wow! It's like an adult's ice cream soda! 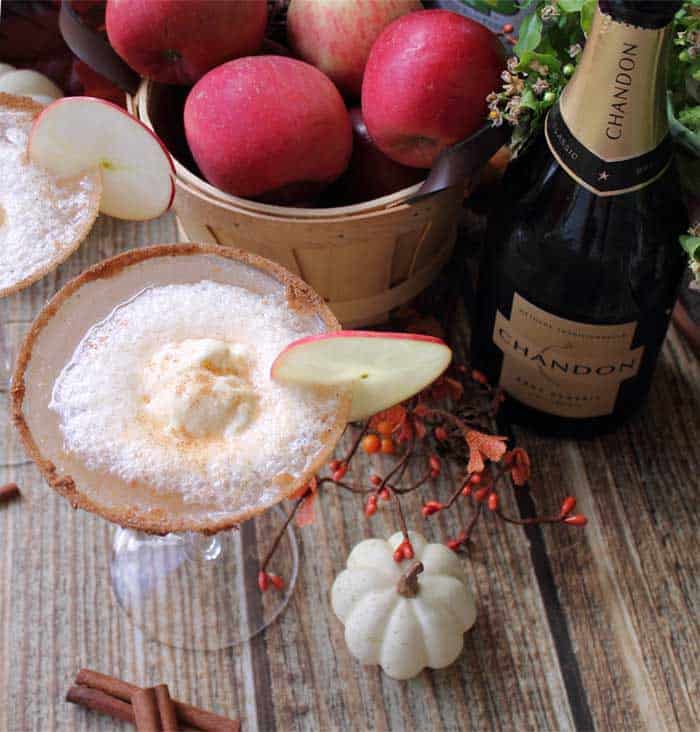 Apple cider always brings back memories of when I was a child. My family used to make trips to the cider mill in the Jersey hills every weekend in the fall. The smell of those apples being pressed into cider was heavenly, not to mention the free cups of apple cider that they gave you. 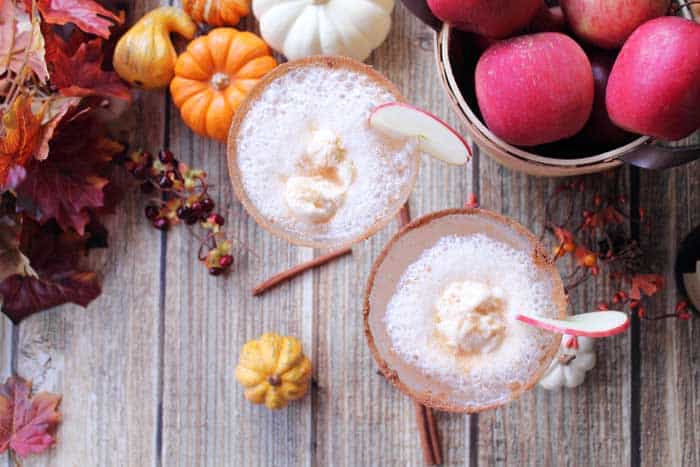 Back to the cocktail, this is one quick & easy drink to make, and you'll want to make plenty! All you need is fresh apple cider, champagne, a little cinnamon schnapps, and vanilla ice cream. 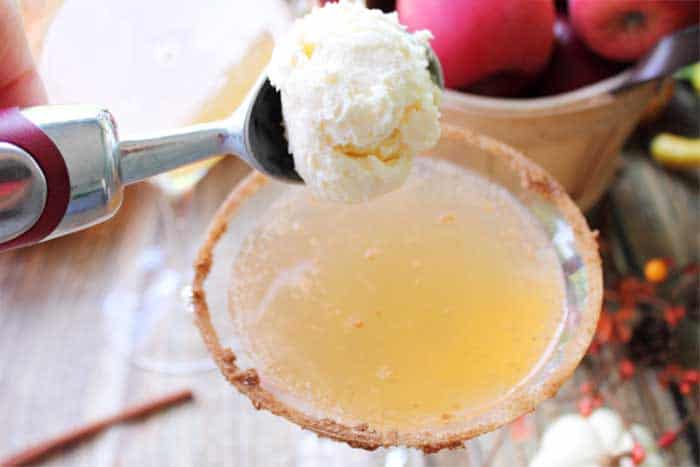 Of course, a cinnamon sugar rim & an extra sprinkle on top is perfect. But, if you want to go all out, a drizzle of caramel never hurt either. 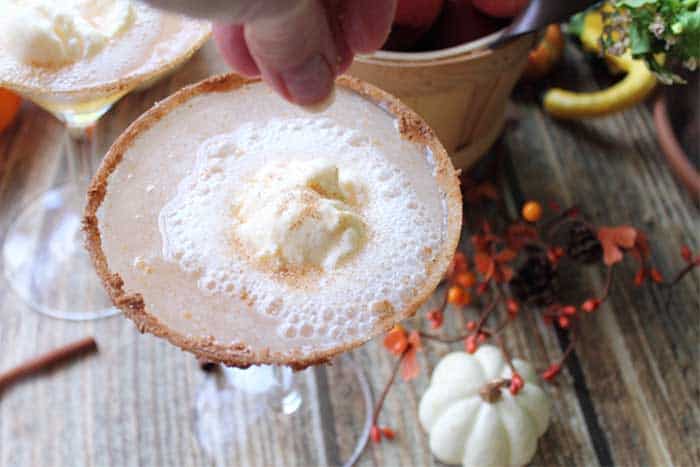 Are you a chocolate lover too? If you are, come on back tomorrow for the beginning of Choctoberfest. It's a week long celebration of everything chocolate. Chocolate recipes from over 70 bloggers that will make your mouth water and satisfy every chocolate craving you've ever had. And there's a giveaway too! Now that's what I call sweet! 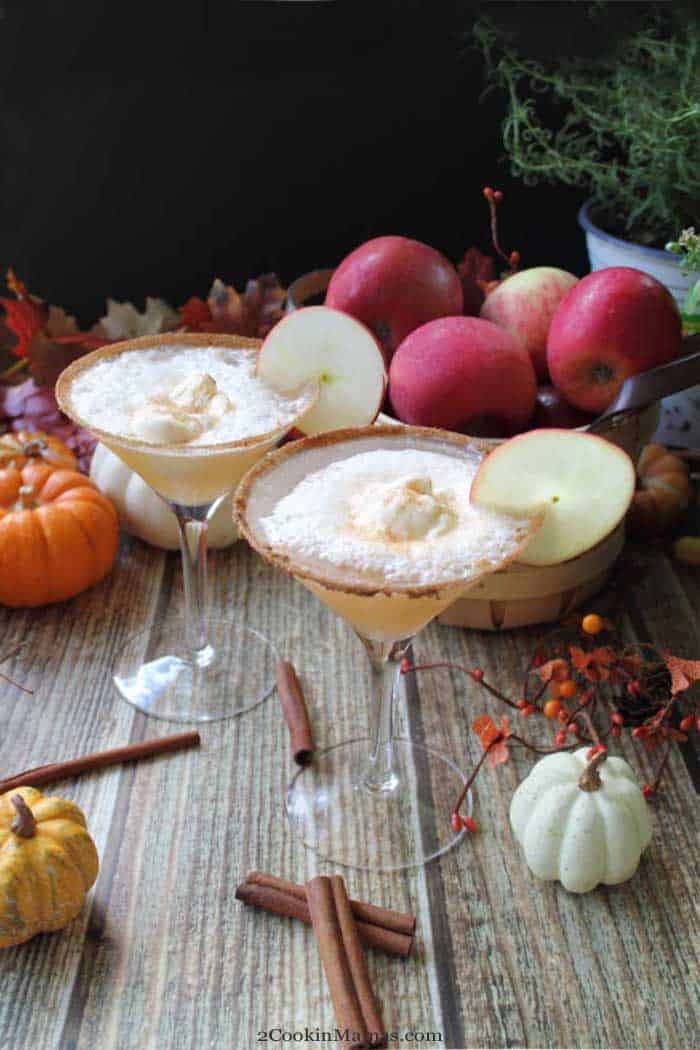 Fireball Apple Cider is served hot to warm you up on a chilly day. 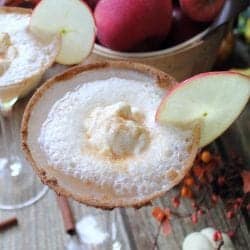 This post has been updated and was first published on October 15, 2017.