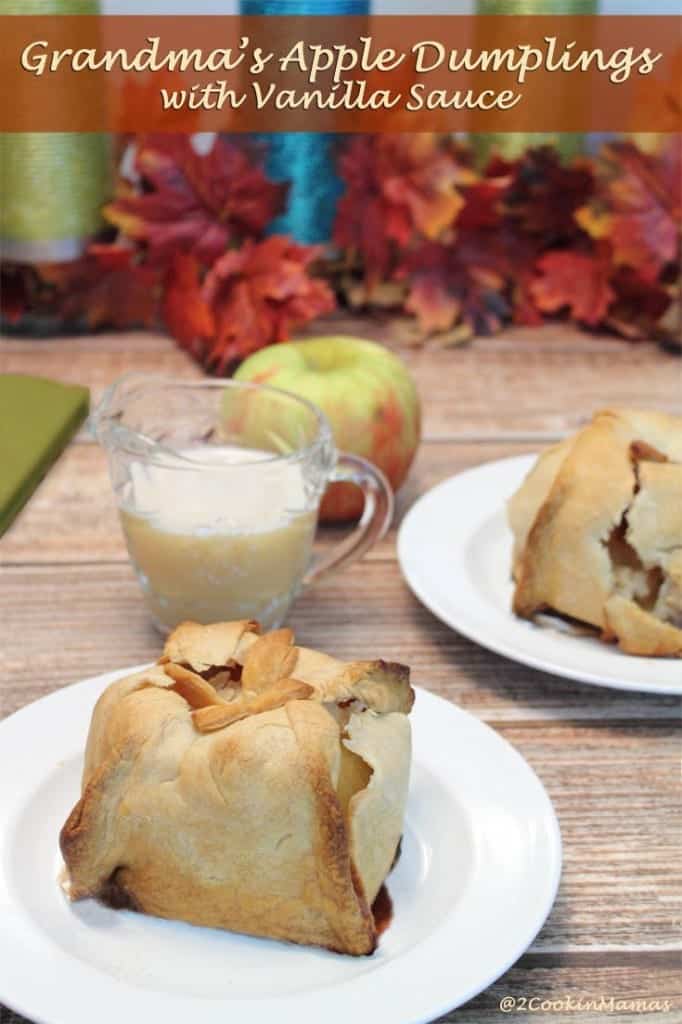 It was always a special surprise in the fall when my Grandmother, who lived with us, made her homemade apple dumplings. Seeing her working in the kitchen and putting all that love into her delicious treat was something I will never forget. And the aroma of warm apples baking would just drive my sister and I crazy until we sat down to devour her finished product. 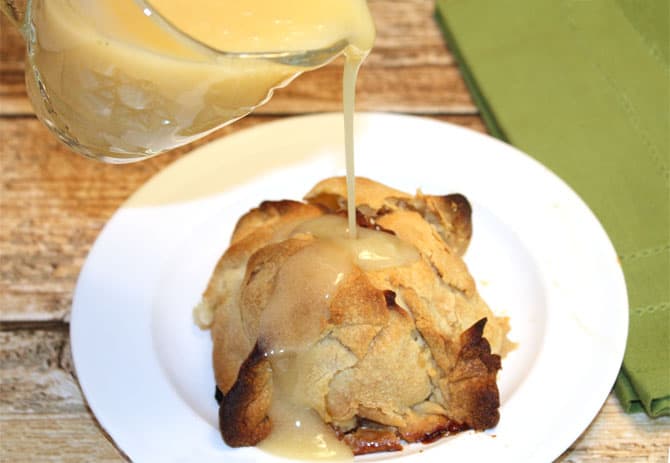 I think what made them especially delicious was her warm vanilla sauce. Now, we could have put ice cream on top, which believe me would have been super good, but nothing beat Grandma's special sauce. Just that rich taste of vanilla in a creamy sauce just put those apple dumplings over the top! 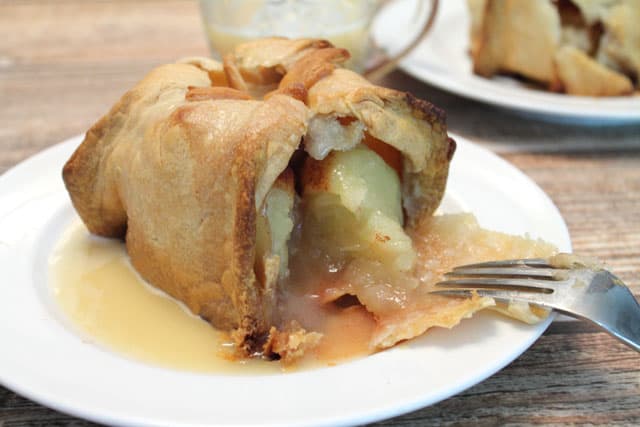 I bet you're thinking right now "I can't make those, they look too hard!" but, believe me, they are actually very easy to make. All you need are apples, cinnamon, sugar, vanilla, cornstarch & a pie crust. And if you don't want to bother with homemade pie crust just pick up a package of rolled pie crust from your grocer's freezer. It may not be as good as Grandma's crust but it will certainly get these scrumptious dumplings on your table more often. 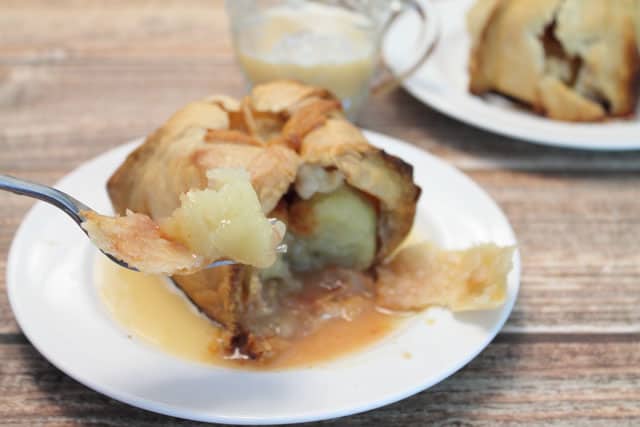 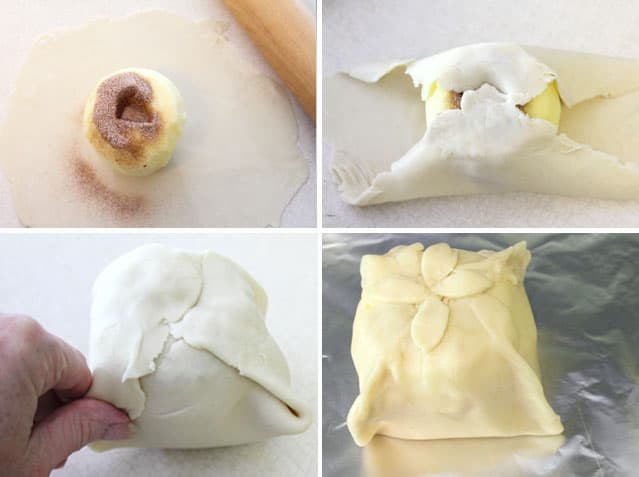 I'm sure Grandma is looking down, smiling, and happy that I'm sharing her special recipe. Hope you enjoy! 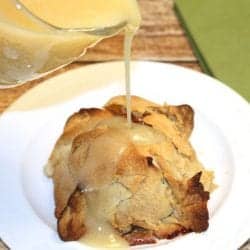 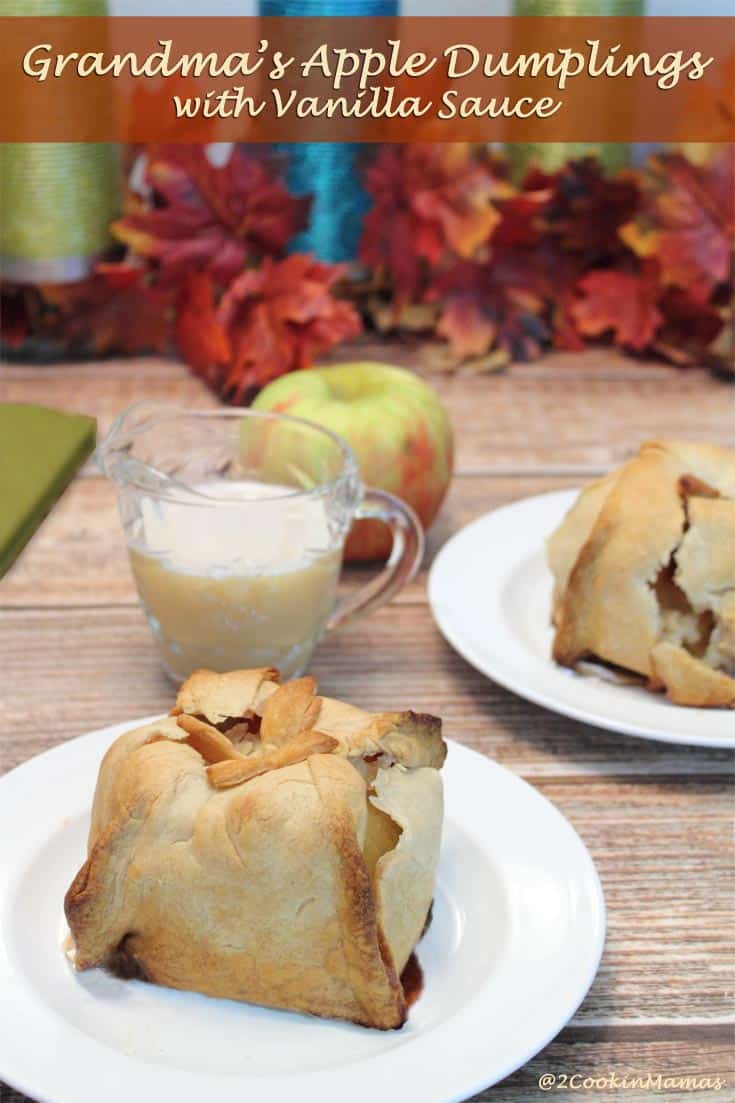