The warmest flavors of the season - apple, oranges, and cinnamon - combine in a party-ready apple cider margarita!

A little apple cider, tequila, and a touch of Grand Marnier make this easy, tasty fall Apple Cider Cocktail. Sweeten it up with a rim of cinnamon sugar and it's the perfect drink to sip after a full day of apple picking and hay rides.

Fall is a season of transition. Changing from short sleeves to fluffy sweaters and baseball to football - the falling leaves and ripe apples are by far the best things about autumn.

So you'll be thrilled to know that if you enjoy a good margarita, there is a way to make a fall-themed one! This apple cider cocktail includes all your favorite fall aromas and flavors - and mixes it together with tequila!

Let me tell you, this one is a keeper! This apple margarita bursts with sweet apple flavors and tastes so smooth you'll wonder why you didn't think of it before.

It's really a delicious twist on the classic golden margarita and perfect for seasonal get-togethers and Halloween parties. Cheers!

What type of apple cider?

Best Tequila for an Apple Margarita

Reach for 100% agave tequilas for more complex flavor and better overall taste. You can find quality tequila in all price ranges. Some suggestions:

How to Make An Apple Cider Cocktail

The cinnamon sugar rim is what gives this apple cider margarita recipe the much-loved margarita look and feel. Everyone loves the salt on a classic margarita, and this cinnamon sugar combo sweetens the entire thing and reminds me of apple pie.

Here's how to rim a glass with cinnamon sugar for this apple margarita:

Put a good layer of cinnamon sugar on a plate. I like to make mine with 1 tablespoon of cinnamon and 4 tablespoons of sugar, either granulated to coarse.

Doesn't that look like fall in a glass? And wait until you taste the sweetness of the rim with the tart taste of the apples and zing of the tequila. It's the perfect fall cocktail to enjoy all apple season long.

Can you make an apple cider margarita ahead?

Yes! Simply pour the apple cider, Tequila, and Grand Marnier into an airtight container (a mason jar works great) and place it in the refrigerator. It will last up to 5 days in the fridge.

When ready to serve, shake the drink and pour it into cinnamon sugar-rimmed glasses filled with ice.

What to Serve with an Apple Margarita

Serve this delicious fall cocktail with appetizers or a meal with fall flavors. Here are some ideas:

More Recipes to Make with Apples

Apple Cinnamon Cocktail with champagne, schnapps, and a float of ice cream.

Fireball Cocktail with apple cider served hot to warm you up on a chilly day.

Blackberry Margarita is dark, fruity, and perfect for Halloween. 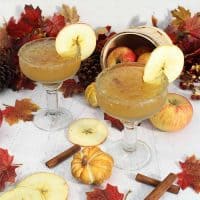 HOW TO MAKE CINNAMON SUGAR Mix 1 tablespoon ground cinnamon with 4 tablespoons granulated or coarse sugar. HOW TO MAKE A PITCHER

This post has been updated with step-by-step directions and photos. It was first published on September 5, 2013. 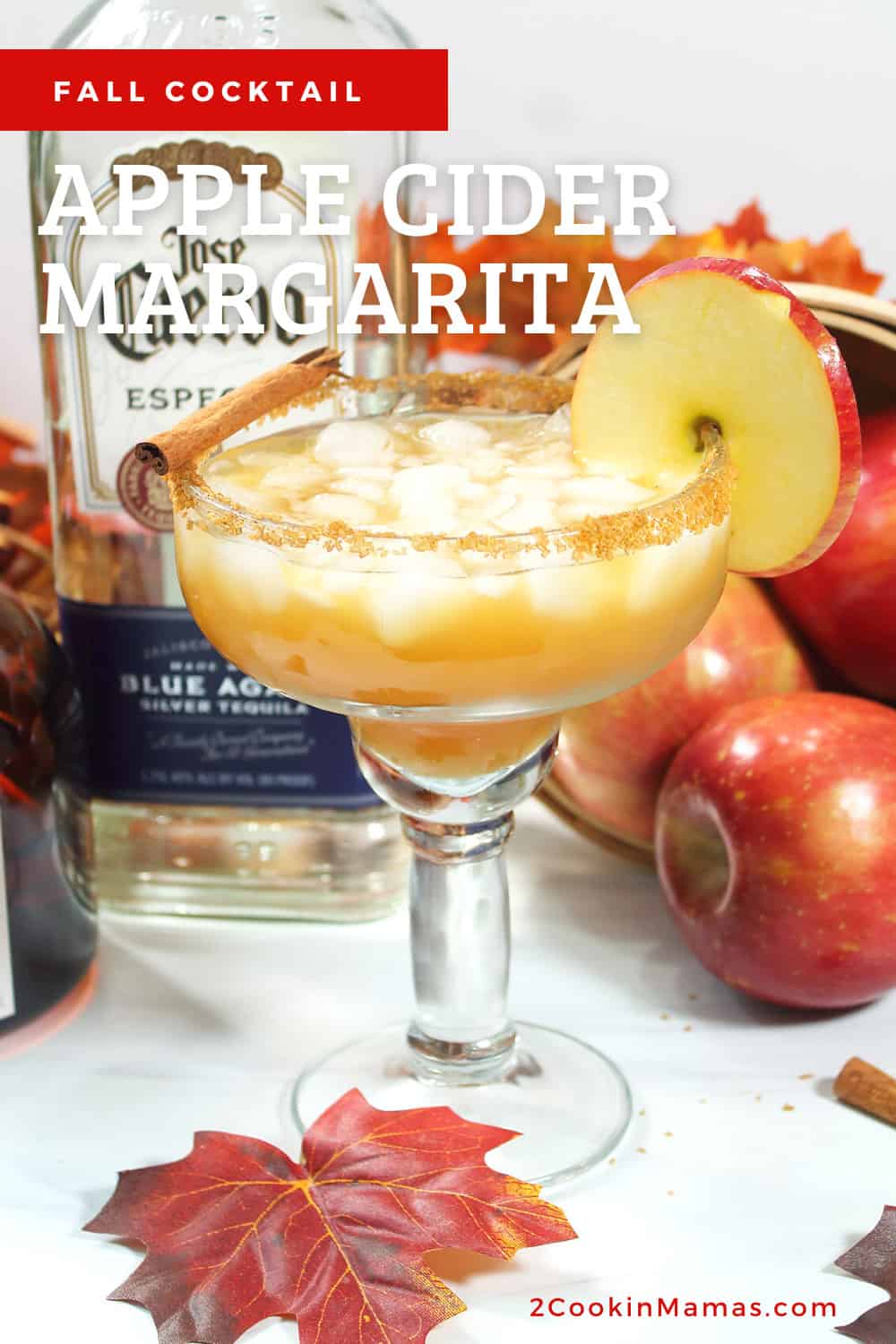