Churro Banana Bread is everyone's favorite combination of banana bread and churros rolled into one delicious bread. A moist banana bread, with a cinnamon-spiced crumb swirled through the middle, is baked then rolled in cinnamon sugar to bring the flavor of churros right to the breakfast table. 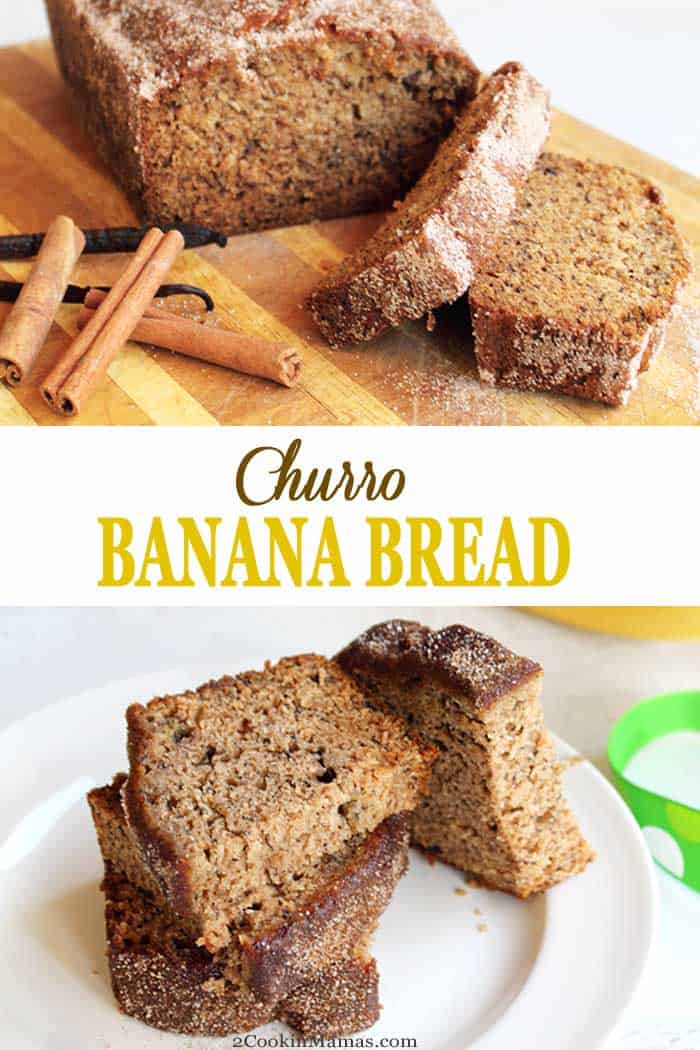 Have you ever had churros at a state fair, convention or even Disney? Hey, even Costco has them! If you have, you'll know just how addictive they are!

Do you know where they came from? Some say they were first made by Spanish shepherds while up in the mountains watching their flocks. It was a simple dough to make and easy to fry on their open fires.  Theirs were only sprinkled with sugar but, when it arrived in the U.S., the bakers here began coating them with cinnamon sugar. Double yum!

Just thinking of those long sweet slightly crunchy doughnuts with tons of lick your fingers cinnamon sugar on the outside is making me want one! And they are definitely a kids and big kids favorite. I can even remember (way back when) my Mom & Dad buying one for my sister and I as a special treat. 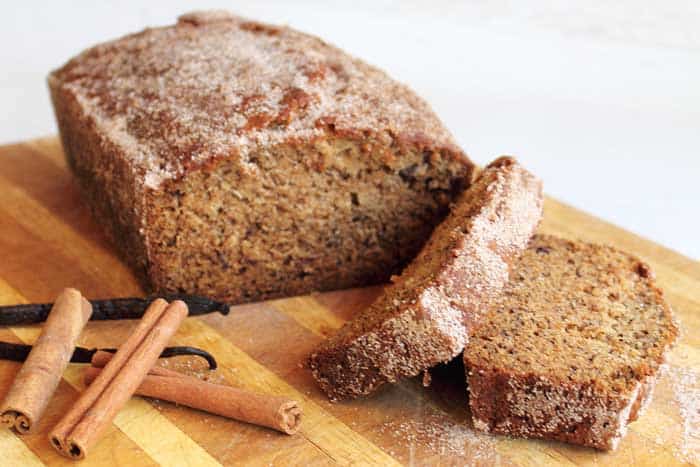 So today it's churro time mixed with banana season! And you know that  I always have bananas in our house! Whether they come from our trees or the store there is always a large pile of them sitting on the counter ready to grab for a healthy snack.  Sometimes those stacks get a little over ripe and I know it's time for some banana goodies. I'm addicted to my Double Chocolate Banana Bread and Tropical Banana Bread but I can never get enough of my Baked Banana Doughnuts either. So I guess it's a good thing I have plenty on hand. 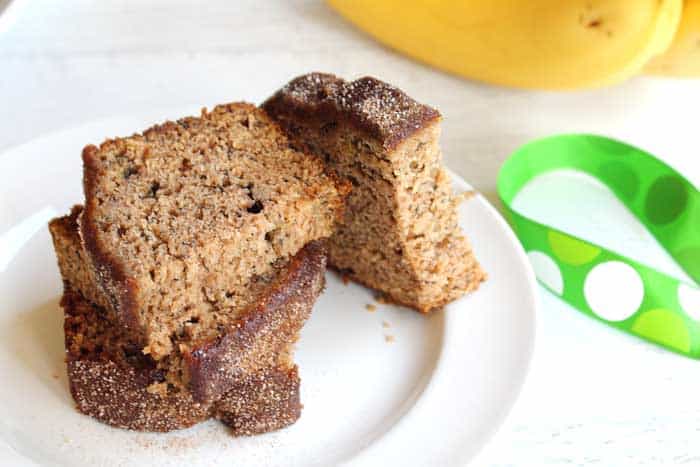 Today it was time for my version of  Banana Bread a la Churro. Now, I have to honestly say this is probably only slightly better for you than the fried dough but still sweet and finger-licking good. And you've got to take note of one of my favorite childhood memories, my cinnamon-sugar girl shaker. She's been with me since I was a little girl and it was a favorite of my daughter too. It brings back such sweet warm memories.  Anyone else have a favorite shaker they remember? 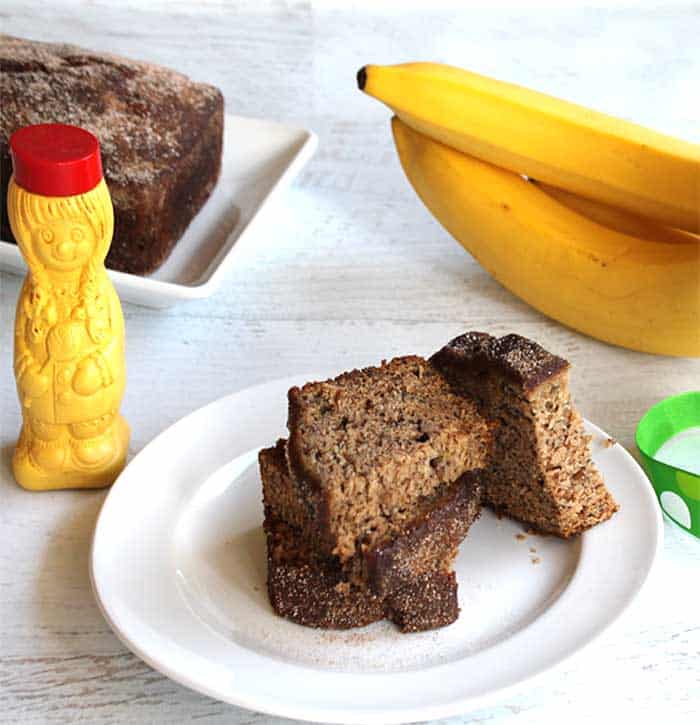 How to make Churro Banana Bread 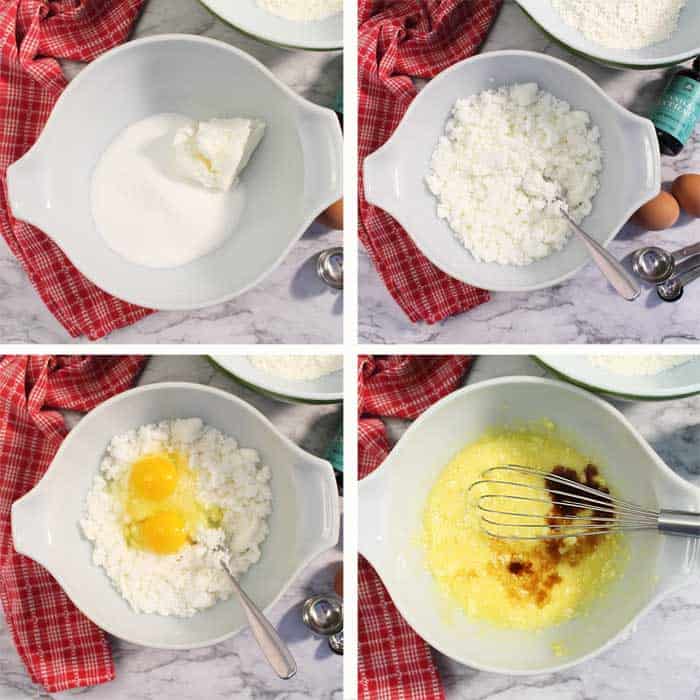 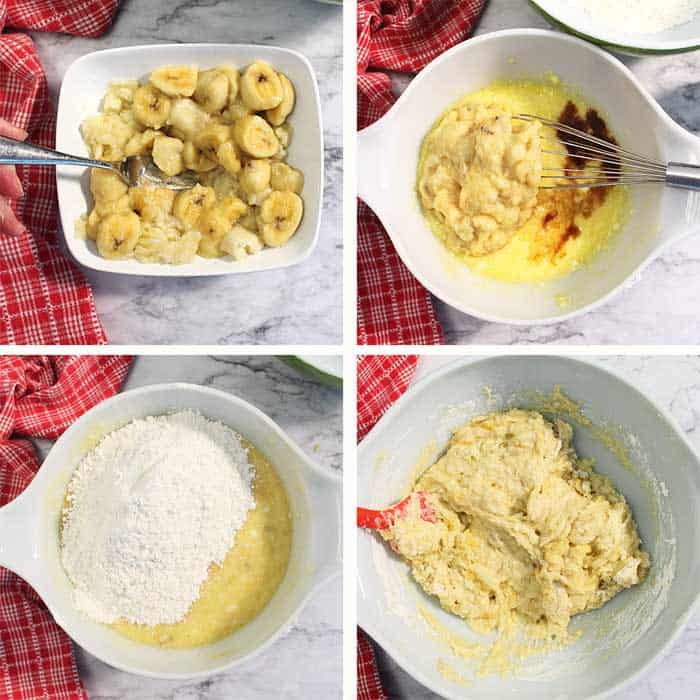 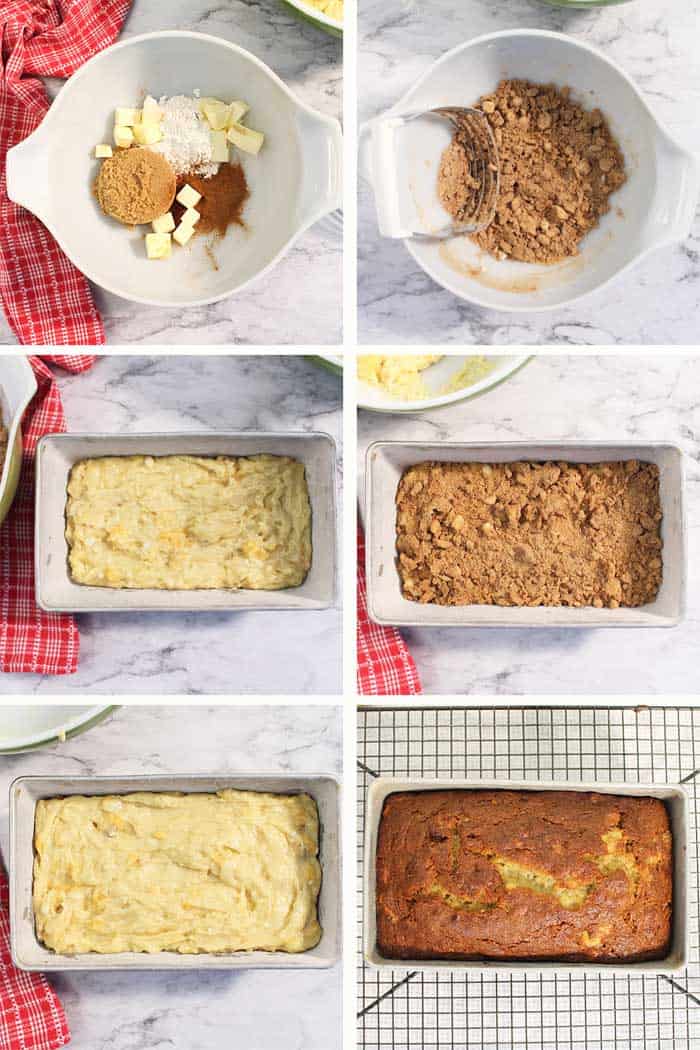 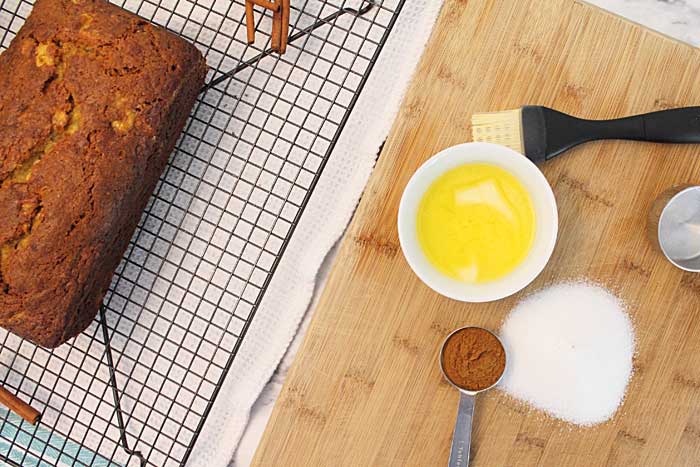 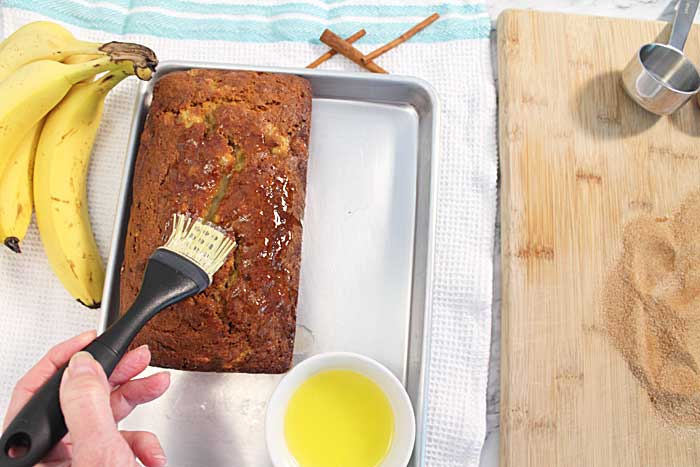 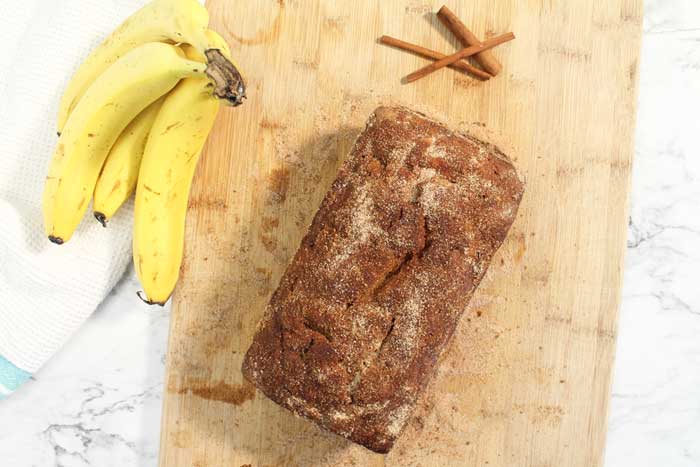 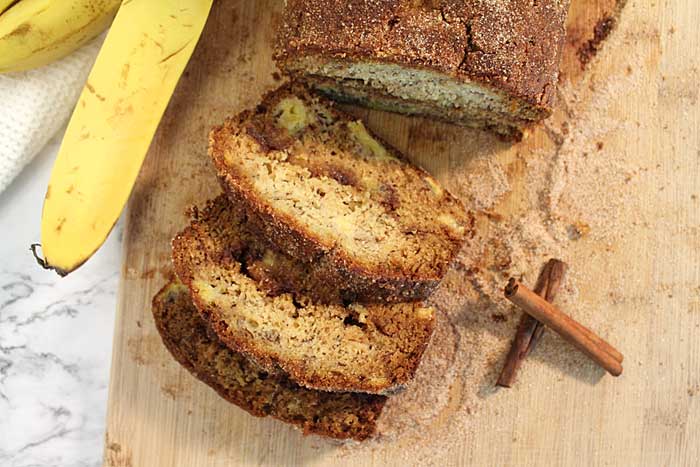 Just look at that gorgeous cinnamon swirl inside and all that tasty sweetness outside. Believe me, if you love banana bread, you can't pass up trying this version too! Enjoy! 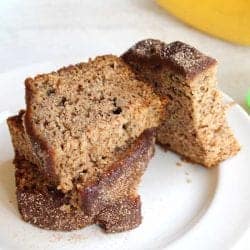 Can be wrapped in foil and frozen for later use.

Recipe and photos have been updated for your enjoyment. Original post was published on April 22, 2015.