This Raspberry Lime Rickey Cocktail is both fruity and fresh. Full of effervescence, it's a light vodka cocktail with the sweet taste of raspberries, a hint of lime, and a little bubbly. It's the perfect refreshing drink for summer time while it's red color lends itself to Valentine's Day and Christmas. 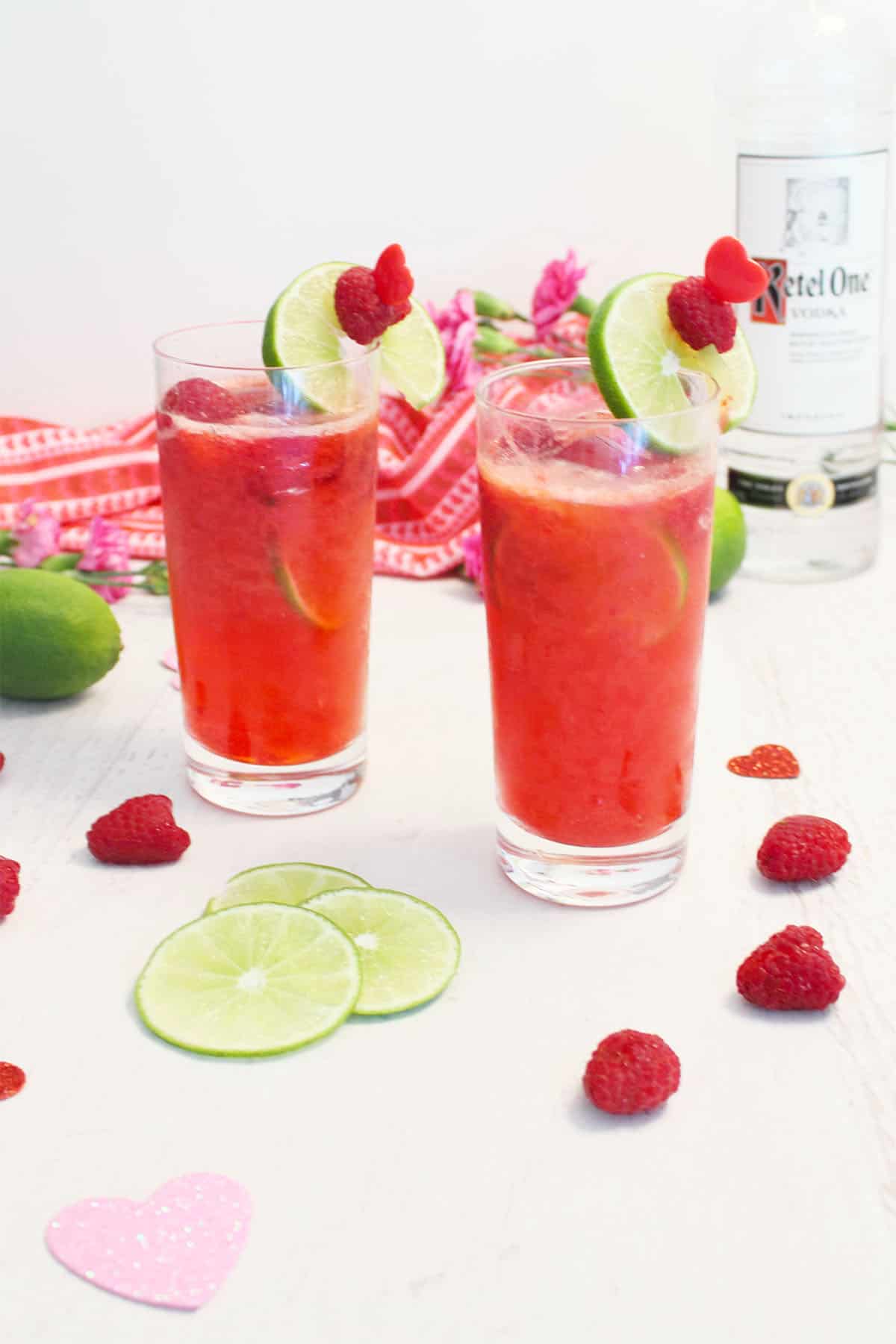 It's 5 o'clock somewhere and that calls for a cocktail! Of course, when it's beautiful outside, like it is today, sitting out by the water and sipping on this Raspberry Lime Rickey cocktail sounds like just the thing to do. Living in Florida does have its advantages! 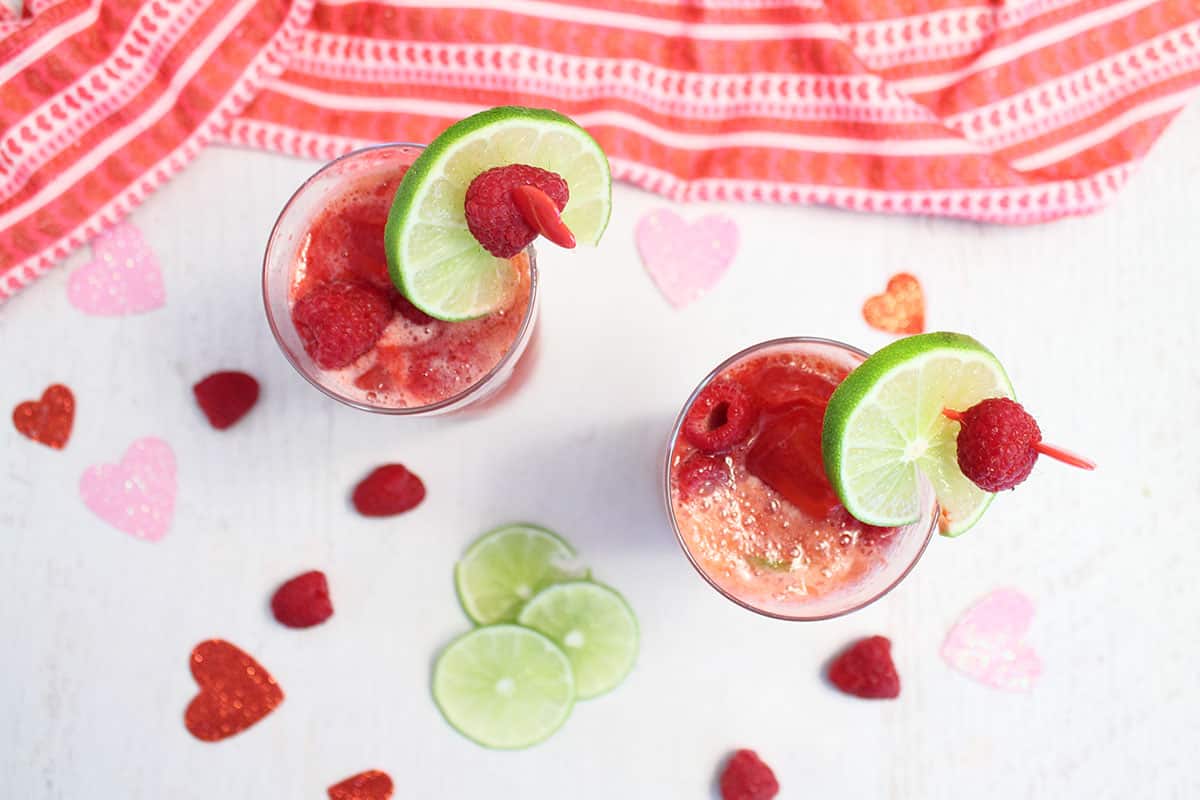 This raspberry vodka drink actually came about because raspberries were on sale yesterday. And I absolutely adore raspberries! Whether it's by the handful, in Raspberry Mint Iced Tea or in desserts like my Raspberry Sushi Roll, they're always delicious. And since they're red, and it's almost Valentine's Day, I thought  a cocktail recipe would be perfect!

With the help of a menu from the Alley Cat Lounge in Savannah, the idea for this raspberry lime rickey was born. No ingredients were listed but with a little trial and error I hit on the perfect combo of sweet, tart and sparkling.

What is a raspberry lime rickey?

This cocktail originated after the Civil War. Joseph Rickey, a democratic lobbyist, ordered this particular drink at Shoomaker's Bar in Washington D.C quite often. It consisted of bourbon or whiskey, lemon and seltzer water and became known as the "Joe Rickey".

When prohibition hit, lime replaced lemon, the alcohol was dropped and, since it tasted similar to the cocktail, it became a popular national mocktail. It was sold in soda shops and ice cream parlors across the country with the New Yorkers making it their own by adding cherry juice, while the New Englanders added raspberry juice. Hence the Raspberry Lime Rickey was born.

This sweet and tangy drink finally came back into its own a decade later with gin being the primary alcohol. Wiki describes it as a highball drink made with gin or bourbon, lime and carbonated water. 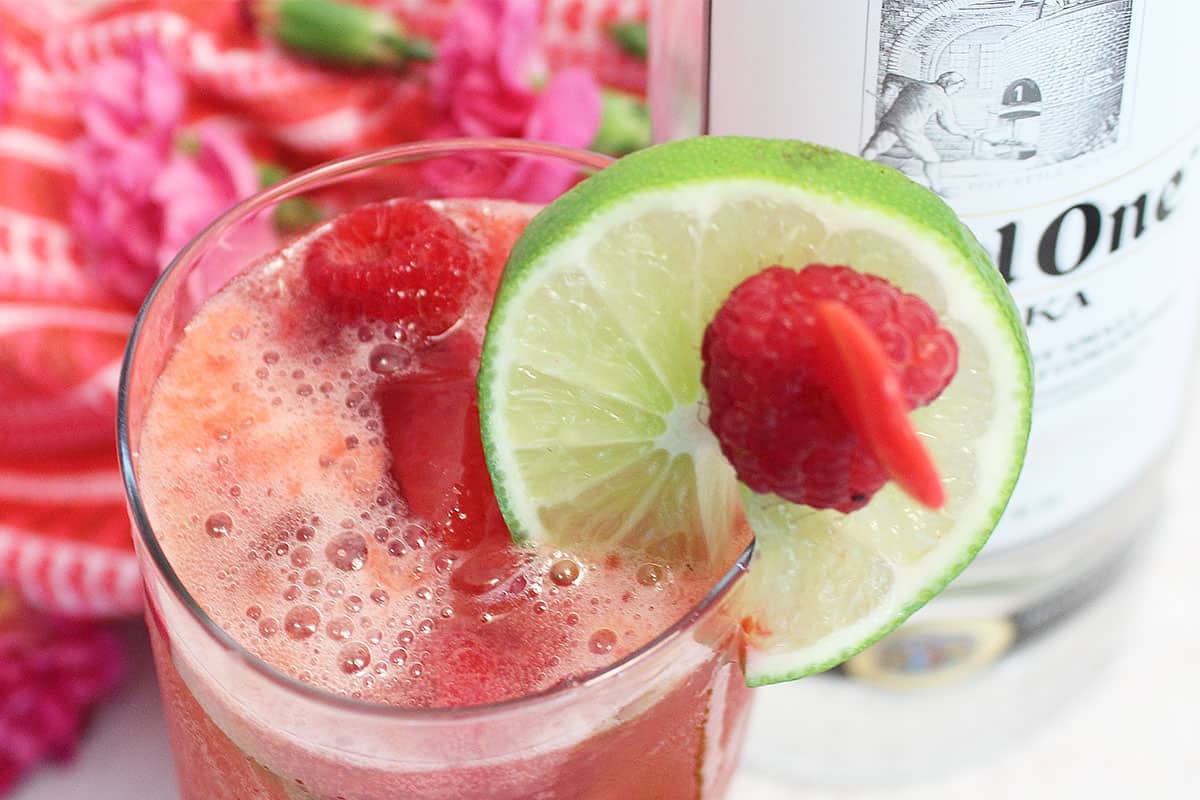 How to Make A Raspberry Lime Rickey 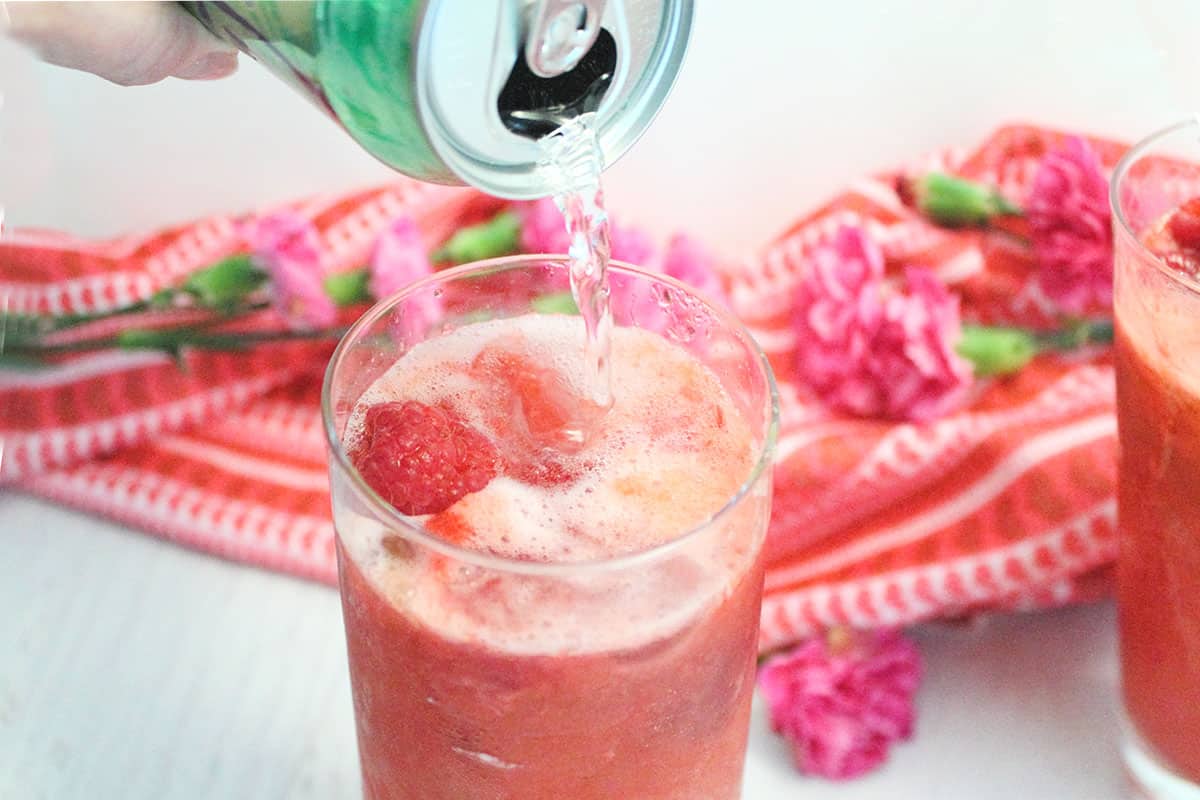 Isn't that color just spectacular! If you want to surprise your special someone on Valentine's Day, this Raspberry Lime Rickey cocktail would be deliciously perfect. Of course, the red would work well for Halloween too or just wait until summer and  sip it poolside. Really, any occasion is a good one for raspberry vodka drinks!

Sparkling Margarita with orange and a hint of jalapeno.

Gin and Blood Orange Mimosas from The Flavor Bender 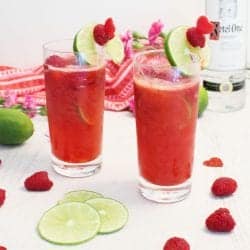 If serving to a large group, place all ingredients but sparkling water, club soda, champagne or prosecco in pitcher. When you are ready to serve them, add sparkling item to pitcher or individual glasses.