Bake up your favorite cinnamon bun in a cookie. These Cinnamon Crunch Cookies are crunchy, sweet and simply irresistible! 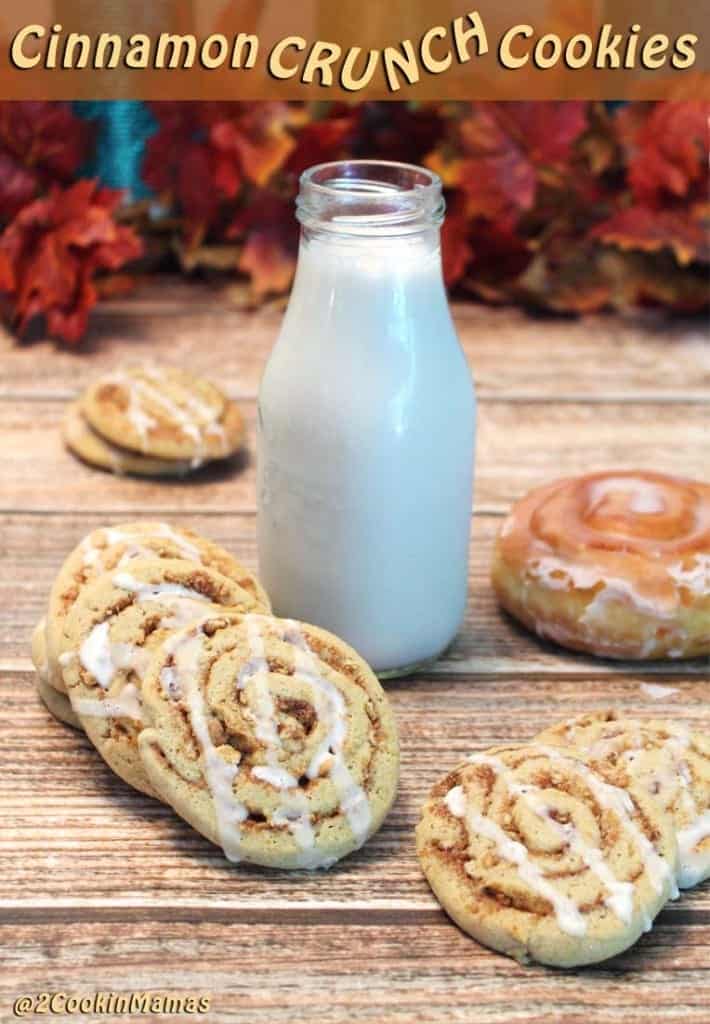 I love this time of month! It’s time for our Creative Cookie Exchange and I can’t think of a better time to share delicious cookie recipes with you than around the holidays. This month our group is celebrating cinnamon. Cinnamon is one of my favorite spices as it can be used for anything from savory, in a Chicken Mole, to sweet, like our Cinnamon French Toast Bake and everything in between. And, bonus, it’s so good for you too! 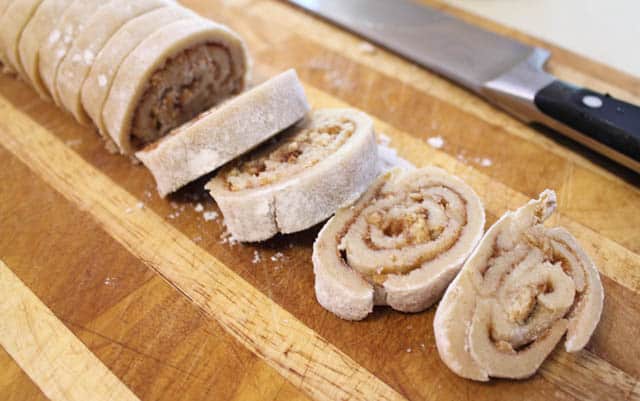 Cinnamon is high in antioxidants and anti-inflammatory properties, reduces blood pressure and lowers the risk of heart disease. Holy cow! That’s a lot of benefits! But seriously, we like it because it tastes so good. 🙂 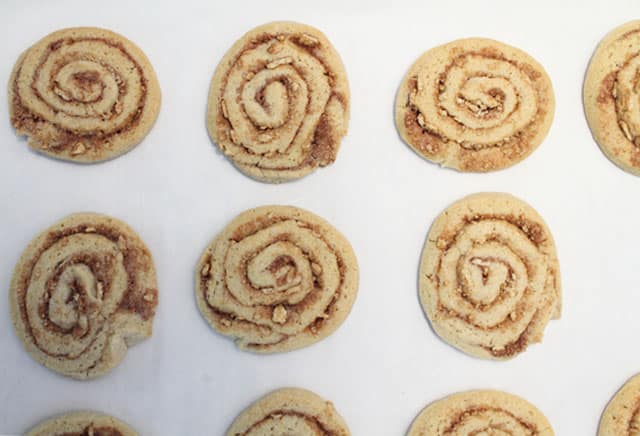 It was really hard for me to decide what type of cookie to make where cinnamon is the star. Then I thought about one of my favorite cereals growing up – can you guess what it was? Yep – Cinnamon Toast Crunch – oh yum! So why not roll crumbled cereal up in a crispy cinnamon flavored cookie that’s been sprinkled with cinnamon sugar and really push the cinnamon quotient off the charts. 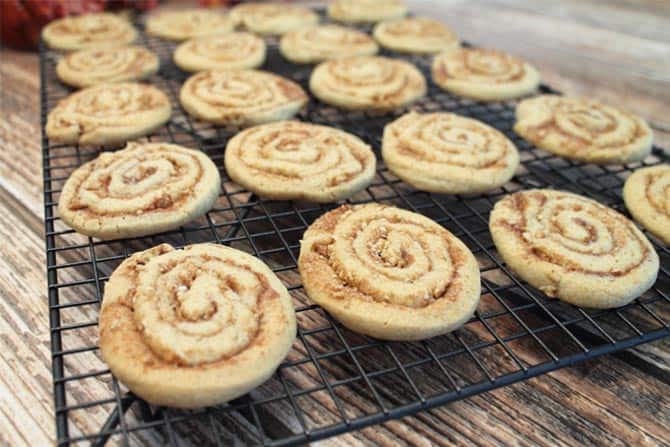 Bingo! This was one delicious cinnamon cookie! You’ll definitely be craving some way before they’re cool (I snitched & they’re good warm too). But you gotta wait, because you need to add that drizzle of vanilla icing as the perfect finishing touch. Did you notice how much they look like little cinnamon buns? Cute, huh?! Maybe that’s what makes them so hard to resist! 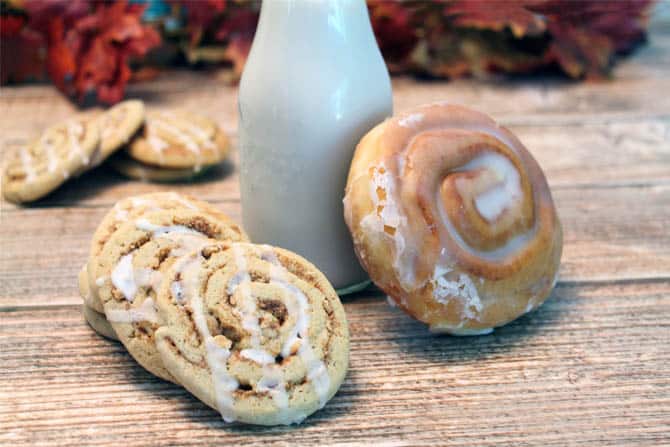 I think you’d better hide these cookies, because they’re so delicious they’ll disappear before you know it. They’re perfect for the holidays too and ship well.

Want more ideas for the holidays? Don’t forget to check out all the other yummy cinnamon cookies from my blogger friends below. 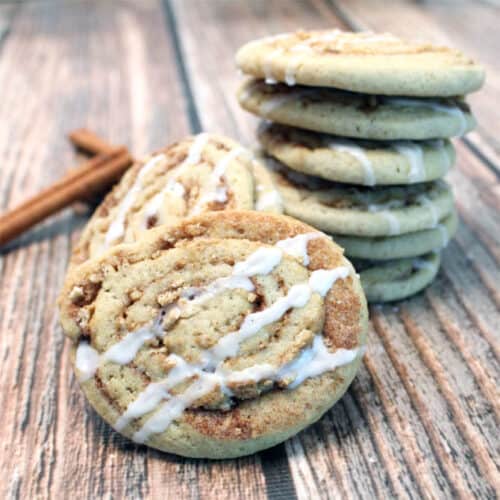 Bake up your favorite cinnamon bun in a cookie. These Cinnamon Crunch Cookies are crunchy, sweet and simply irresistible!

Prep time does not include chill time between stages.

Are we the only ones who start craving cinnamon when the weather gets colder? We can’t be! And we are talking anything sold under the word cinnamon–cassia, “true Cinnamon”, Ceylon Cinnamon, Vietnamese Cinnamon–if it is sold as cinnamon it is what we want! Check out all of our cinnamon cookies below! Hint: A lot of them could be used for your holiday cookie table!

You can also use us as a great resource for cookie recipes. Be sure to check out our Pinterest Board and our monthly posts (you can find all of them here at The Spiced Life). You will be able to find them the first Tuesday after the 15th of each month! Also, if you are looking for inspiration to get in the kitchen and start baking, check out what all of the hosting bloggers have made: 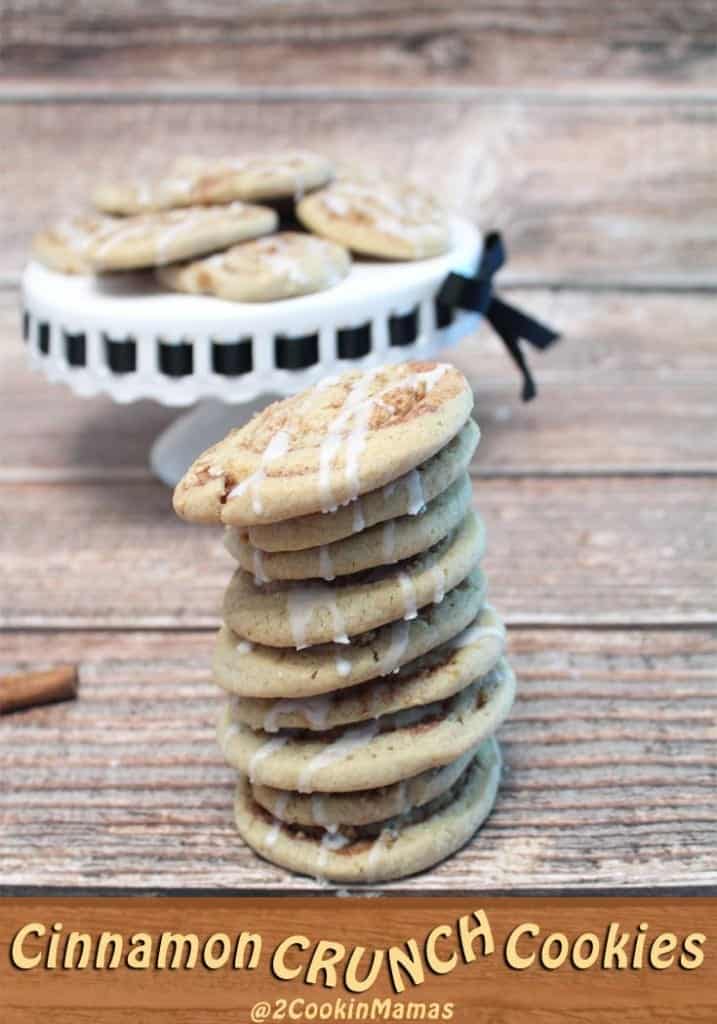 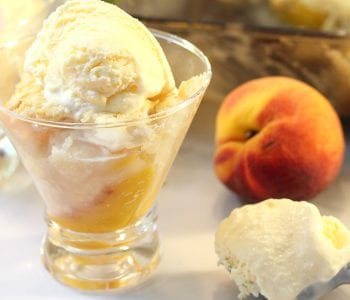 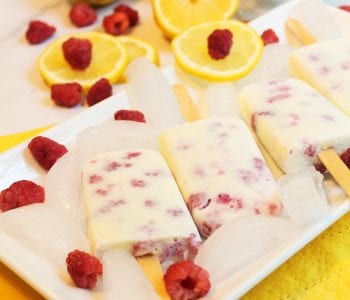 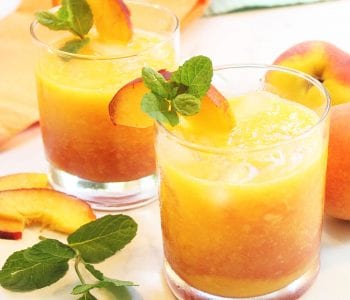 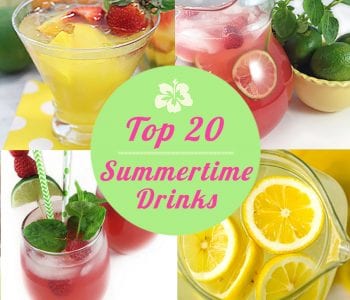