No frying required! These irresistible air fryer cinnamon sugar donut holes are light, sweet, and covered in a dusting of cinnamon sugar that will remind you of your childhood.

You won't be able to stop popping these little donuts in your mouth! They may take a little time to prep but air frying makes them so easy that you'll want to indulge in these homemade donut holes every day.

Some people like glazed donuts, but cinnamon sugar donut holes will always have a special place in my heart. They remind me of cinnamon French toast on early Saturday mornings. These chewy cinnamon sugar doughnut holes are delicious for breakfast or to show off at your next brunch.

The best thing about this donut ball recipe is that it uses the air fryer instead of lots of messy oil. The air fryer uses air instead of oil to fry food, so it's healthier for you (and a lot less messy). Use it to make asiago bagels or corned beef hash and eggs. Just think how much easier it is to clean up after these cinnamon donut holes in the air fryer than in a deep fryer or skillet.

What are donut holes?

Donut holes were invented by Hanson Gregory, a seafarer, while on a lime-trading ship in 1847. He didn't like the doughy center of a fried doughnut and cut out the middle. After his ship landed, he showed his mom and she started making ring-shaped doughnuts and covered them with sugar and spices.

How are donut holes made?

Traditional donut holes are simply the middle of the dough that's left after the donuts have been cut out from it. Basically, they are mini donuts. They are cooked in the same way as the donuts.

Another Name for Donut Holes

Can you make donut holes in an air fryer?

Absolutely, yes! And that's what this recipe is all about. It's so much easier to make cinnamon donut holes in an air fryer basket than in a deep fryer. All you do is place them in the air fryer and let it do all the work.

Why This is the Best Air Fryer Donut Holes Recipe

This easy donut hole recipe shows you how to make donut holes from scratch - with yeast and everything! You'll taste the difference when you make homemade donut holes with yeast. They are fluffy, and chewy, with the perfect amount of air and rise. The dough itself is also slightly sweet - which the cinnamon sugar coating enhances.

These are not made with biscuits or Bisquick. These cinnamon doughnut holes are completely homemade - just not deep fried. Using the air fryer keeps them crispy without being greasy.

For the air fryer donut holes from scratch, you'll need:

How to Make Donut Holes in an Air Fryer

How to air fry donut holes

How to Store, Freeze, and Reheat

These air fried donuts are best served fresh and warm. In case you have extra, here's information on storing, freezing, and reheating them:

To Store: Place the donut holes in an airtight container or plastic ziptop bag and store them at room temperature. They will last up to 3 days.

To Freeze: Place the donut holes in a freezer-safe container or plastic freezer bag. They will last up to 3 months in the freezer. Thaw in the refrigerator or on the countertop.

To Reheat: Microwave for about 10 seconds, or until warm. 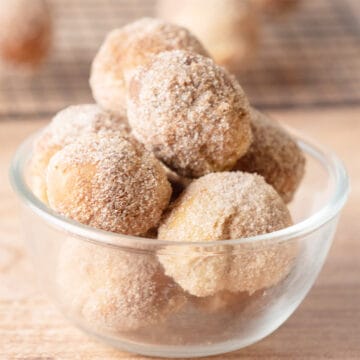 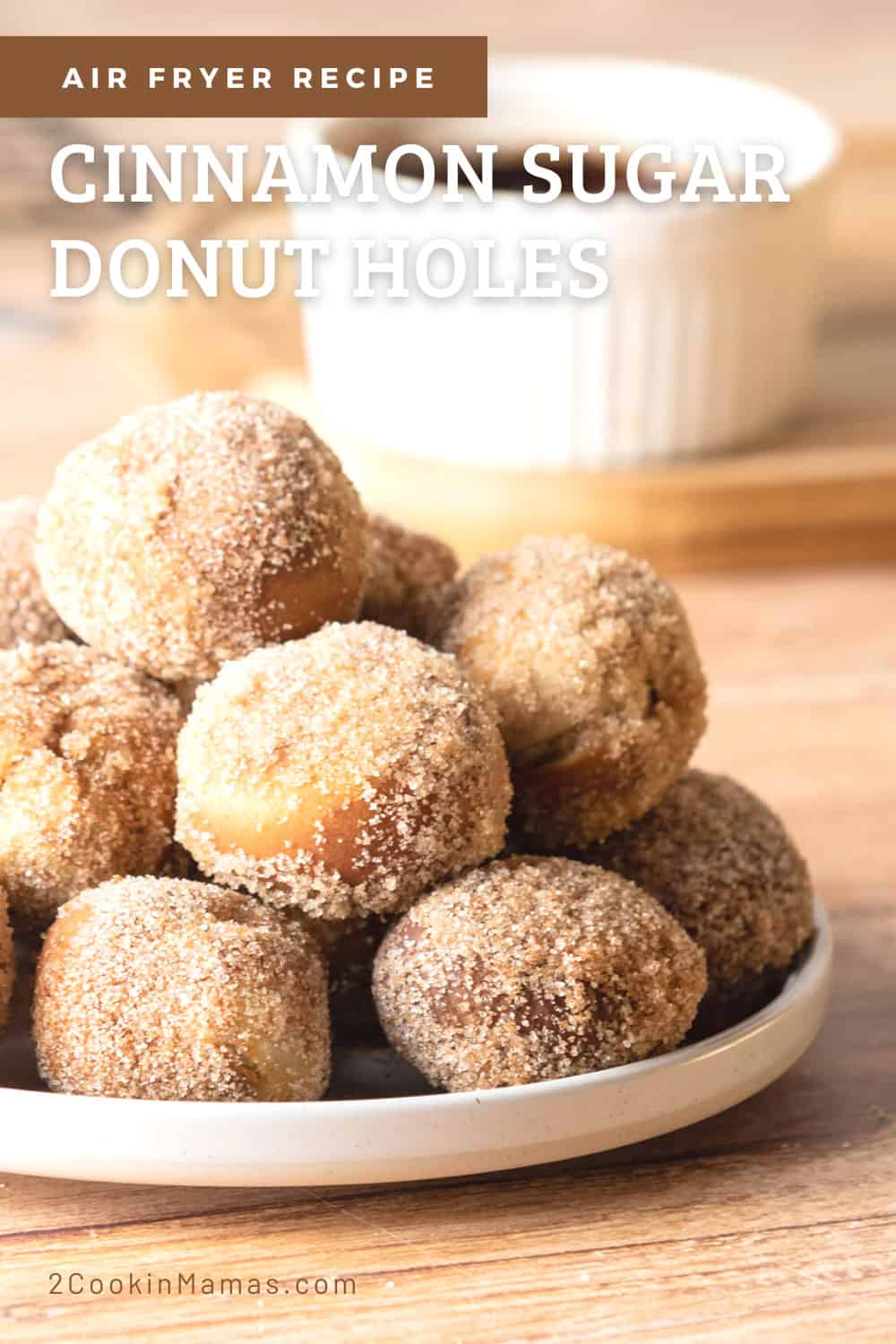